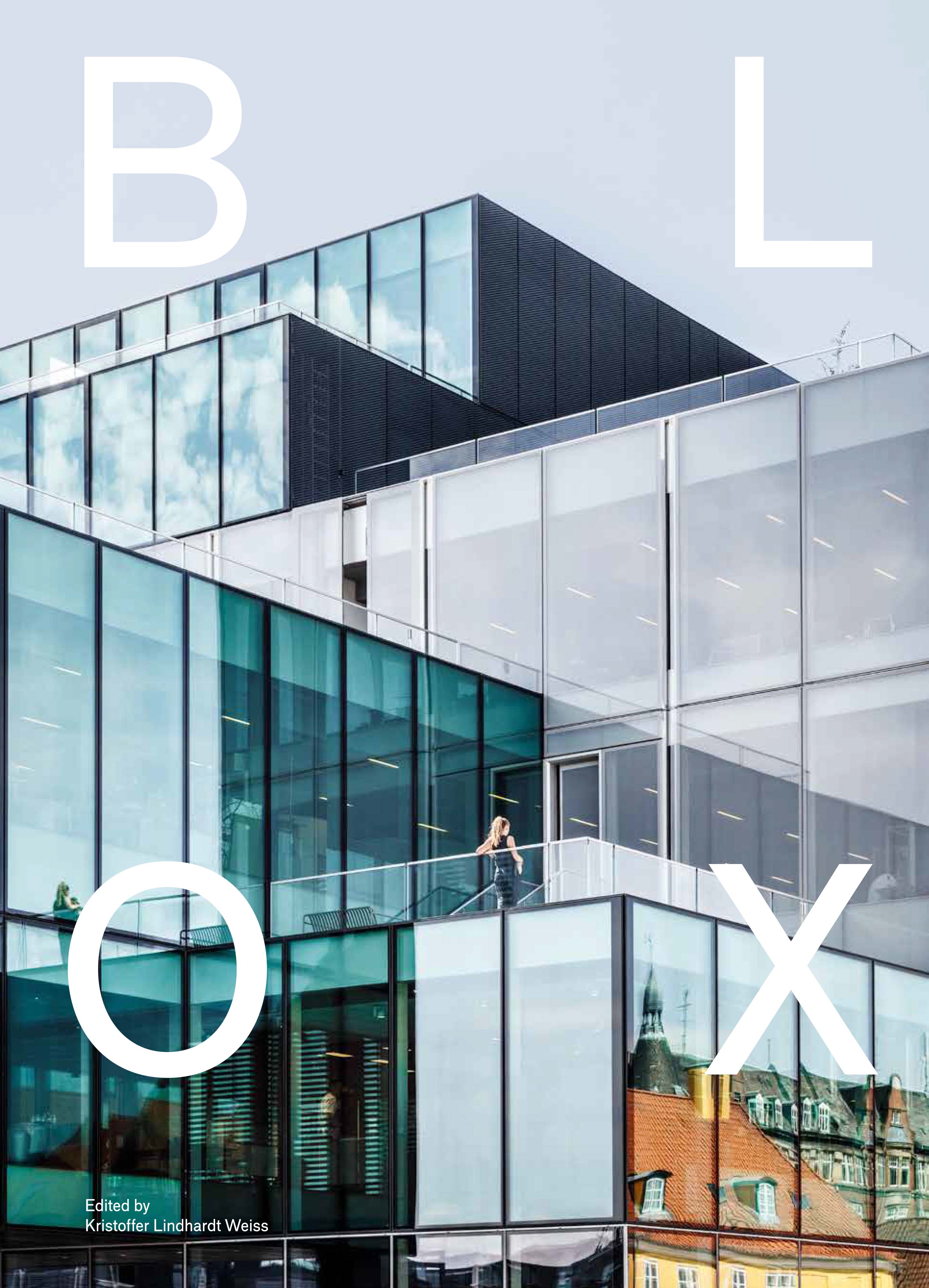 The book about BLOX gives you the full story about BLOX, which opened its doors in 2018 on the harbour front in Copenhagen. Designed by Dutch architects OMA and funded and built by the private association Realdania. The building is a programmatic mix of functions that creates a new destination in one of the most central and difficult locations in Copenhagen. The building is, among other things, home to the Danish Architecture Center&#8217;s exhibitions and activities, and BLOXHUB &#8211; an interdisciplinary environment promoting innovation and sustainable urban development.

When BLOX opened its doors to the public in May 2018, the event marked the conclusion of a 12-year effort to construct a both spectacular and controversial building on the Bryghus (Brewhouse) Site, one of the most challenging plots in Copenhagen. It also marked the beginning of a new chapter in the modern history of Copenhagen as a city that enlists architecture and urban development to reinvent the relationship between the city centre and the harbour front, which has always been a key aspect of the city’s identity. No fewer than 75 architectural proposals for the site have fallen by the wayside since 1941.

The philanthropic association Realdania’s project was the first that proved able to balance the many different demands involved in building on this particular urban site. BLOX redefines the city’s relationship with the water, and new connections have sprung up to overcome urban barriers in the form of busy traffic arteries and the waterway with its very limited number of bridges. OMA (Office for Metropolitan Architecture), the Dutch architectural firm that won the assignment in an interview competition, has dubbed the building an Urban Connector, highlighting the ability of architecture to connect, enhance and energize urban spaces. The Bryghus Site has created an accessible urban space in a place that was used as a car park, dominated by one of Copenhagen’s busiest thoroughfares, Christians Brygge. BLOX has become the focal point of a new neighbourhood.

It epitomizes the way a modern Danish welfare city negotiates and frames the communal space as a universal resource that we are all entitled to use. Accessibility and the ideal of focusing the urban development on citizens are key values. BLOX completes the transition that Copenhagen has undergone since it was on the brink of economic collapse in the late 1980s. From struggling mini-metropolis to a welfare city known around the world for its investment in generous public spaces. During the 2000s, BLOX soon became part of the debate about the so-called Metropolitan Zone, which extends from the main railway station, City Hall and Tivoli to the harbour. The Metropolitan Zone was to be the site of strategic densification, and the city centre was to be future-proofed through a series of projects representing the vision of a city that finally embraced modernity.

The densification was also intended to activate the potential of the harbour, which after a prolonged and intense effort to clean the water suddenly emerged as one of the city’s main recreational assets. In a dramatic transformation, Copenhagen Harbour went from an active industrial port that the city turned its back on to a living blue park that engages the city, with water clean enough for swimming. BLOX and the transformation of the industrial port infrastructure is one chapter in the story about the emergence of the late modern welfare city.

It is the story about a city that has moved closer to the waterfront. In a search for projects capable of creating a new flow in the city, BLOX is the final piece in the puzzle. On a grand industrial scale, the harbour space was and is radically different from the city centre. The long, horizontal lines of the pier and the expansive water surface struck a clear contrast to the narrow streets in the city centre. That the harbour front, converted into a blue park, would become the city’s main attraction was inconceivable just a few decades ago. With its 27,000-square-metre floor space, including a three-storey underground car park, spacious city squares, passages for bicycles and pedestrians and a wide range of attractions for the many tourists and locals, BLOX combines the urban ideals that have become the Copenhagen brand in the late modern era.